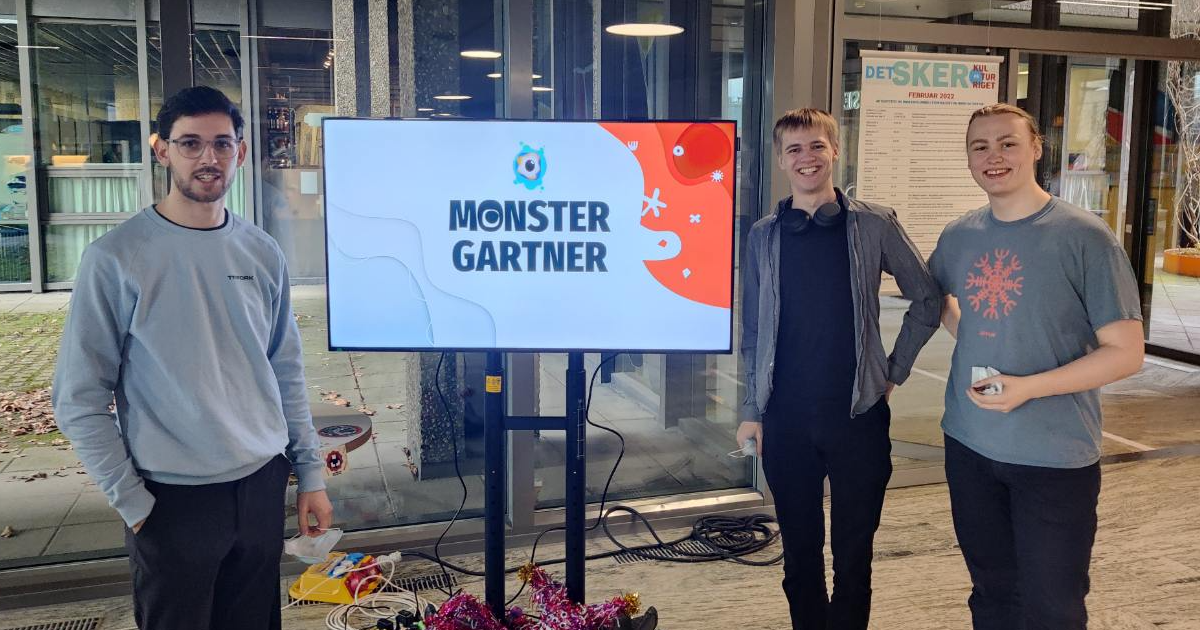 It is wildly motivating to create games that really matter. I have an extensive experience in developing games, and this is the first time I can use this experience to develop something that really means something to hospitalized children and young people – those who most of all need to have fun during a difficult time.

Yesterday, the MONSTER GARTNER App was launched and it was possible to spot MONSTER PLANTS in the entire lobby of Rigshospitalet. You can now download the app for free from App Store or Google Play.

In Trifork, we have been fortunate enough to be involved in making this specially developed game, which will function as a fun and motivating game for hospitalized children and young people at Rigshospitalet and later at the new Mary Elizabeths Hospital. Monster Gartner will motivate children and young people to get out of bed and move more than they would otherwise do during an hospitalization.

As a monster gardener, the patient gets his own monster plant – a digital friend who must be cared for, fed and played with, AND who wants to take part in ADVENTURE. The game consists of six activities, and can be played individually as well as adapted to the patient’s energy level and physical limitations.

The game was developed by game designer Kikko Lena Siggaard, who is part of the user experience team behind Mary Elizabeth’s Hospital.

We had several triforkers attending the launch of this FANTASTIC project, including Bastian Staunstrup, Bastian Bresson and Aske Johansen, who have all been involved in developing the game.

Read more about the project

Nine, Trifork and Testhuset, wins framework agreement with the Danish Agency for IT & Learning

What are the Danes doing better? Asks Süddeutsche Zeitung.